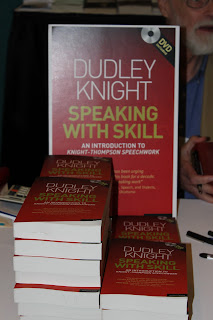 SPEAKING WITH SKILL, 2ND EDITION, 1ST DRAFT
Now that Speaking with Skill is readily available worldwide just in time for holiday gift-giving, I could allow a sigh of relief to flow egressively from my alveolar sacs; were it not for the fact that I managed to distribute liberally—throughout its pages—words,  sentences and sometimes entire paragraphs that need to be changed. Others might call these “errors” or “omissions” or “stupidities,” and some reviewer undoubtedly will, but I consider the opportunity to fix them an ongoing retirement “hobby.”
I offer therefore the following four corrections to the text. This is just for starters, mind you. I know that there are some typos, poorly shaped phrases, fuzzily expressed ideas and instances of questionable phonetic transcription in the book. I will let these pass until I actually do the second edition. (Though do But these are four that I am moved to correct right away; and that certainly need to be borne in mind by anyone teaching out of this book. Here they are, in descending order of egregiousness.

l             ɭ             ʎ             ʟ
“The Territory. When we look at a vowel quadrilateral, divided into sections by lines and populated by symbols in suspiciously orderly array, we may get a hint that we are looking at a theoretical construct. And so we are. When famed British phonetician Daniel Jones established this version of a vowel chart (modifying earlier variants) in 1917, he did so by placing most of the front and back vowels in equidistant intervals from close to open. The few remaining vowel phonemes are also placed with some symmetry in between these so-called cardinal vowels. Jones constructed this formal graph to define the physical territory of the vowel chart, limited to its quadrilateral shape by the limits of vowel articulation within the oral cavity. By so doing, he was able to define physically the territory within the chart by providing specific points of physical reference, all related to degree of tongue arching/cupping or lip rounding/unrounding, the two chief ways of shaping acoustically the unobstructed flow to form vowels. He did not place the cardinal vowels in these positions because he was in any way suggesting that words using these phonemes must be pronounced at the cardinal positions.
“Physically you could enact the voiced, unobstructed flow anywhere within the limits of the vowel quadrilateral, including—but not limited to—the places where the cardinal vowels sit in isolated splendor.  What’s more, if we lump together all the world’s individual speakers’ patterns in all accents in all languages, every possible physical and acoustic exploration of the quadrilateral will happen. There are innumerable gradations of action and sound.
“Each vowel phoneme carries with it a unit of meaning that differentiates it from the other vowel phonemes and as long as we keep their realizations as sounds within that stern “cardinal” separation that Jones created, the “territory” is an easy one to navigate and there is no question about what phoneme you are saying. But in practice—and Jones knew this—each vowel phoneme exists within what I like to call its phoneme cloud that contains all the discrete possibilities for pronunciation variation that still convey the vowel phoneme’s unique meaning. Within the territory of the vowel quadrilateral there are (depending on what language you are speaking) a lot of phoneme clouds, each with its own wispy territory and its own shifting boundaries. On a clear day, the phoneme clouds remain separate or butt gently against one another. Sometimes, in cases of inclement linguistic weather, these clouds intersect and even flow into the territory of one another; these blended areas are where transcriptions that depend on vowel substitutions may be convenient; but they can also get you into real trouble, because if you don’t have a larger context within a sentence to define meaning your listener may not know what you’re saying. You may pronounce “sheep” like “ship”, or “ship” like “sheep”, for example; so if you write a purchase order that says “I want to buy a sheep” and phonetically transcribe (What purchase order is not written phonetically these days?) the last word as [ʃɪp]just because in your own pronunciation the phoneme cloud for [ʃip] has strayed southward, you may be surprised at what is delivered to your farm.
“The further a phoneme cloud gets into the territory of another phoneme cloud, the more the resilience of meaning relies on these larger linguistic structures – grammar, other words in the sentence, tone of voice, emphasis, voice quality, intonation, and so on. For all these reasons, vowel substitutions are a limited way to show the phonetic variation that we find in accents. They areconvenient, though.” 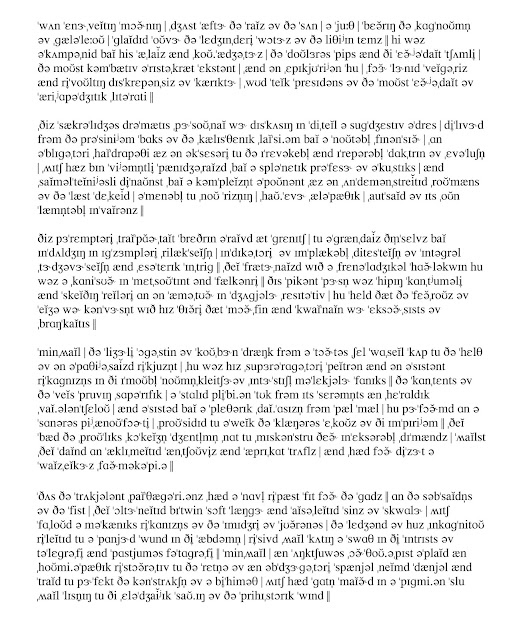 If you are using Speaking with Skill as a text in your classes, I hope you will take these corrections to heart.  Especially that “phthong” spelling in Greek.