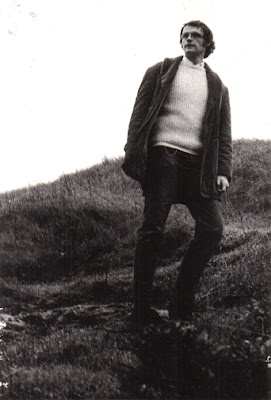 Dudley Knight
1939-2013
It seems likely that anyone coming to this blog at this point will have heard of Dudley’s passing. If not, here’s what happened: On June 25th, 2013, walking home from rehearsal, on a beautiful cool night in Irvine, Dudley Knight was struck down by a heart attack. He died soon after without regaining consciousness.
What we lost on that night is hard to reckon, impossible to quantify, and just plain difficult to think about.  However, as I get more practiced at dodging the most painful pieces of shrapnel, I discover that I’m able to settle into those memories of Dudley that bring me joy. He was a funny, funny man. The funniest, sharpest, driest wit I’ve ever encountered. He was a masterful story teller, an insightful coach, a thoughtful friend…
…and what I’d like — what I think we might all appreciate, as a salve to our deprived, and grieving hearts – would be to share a few stories. I know I have a collection, and I’m keen to hear yours. It doesn’t matter how short or long the story, whether it’s funny or somber. Let’s just give ourselves the gift of sharing our collection of Dudley moments.
Here’s one for starters:
Dudley taught Speech in a small room in a trailer – a temporary building  long since built over by new structures, and looking out the window, we could see a wide expanse of lawn. One of my classmates had a habit of coming late, and as we saw her strolling slowly across the lawn, apparently unconcerned that she was already 10 minutes late, Dudley seemed to have had enough. He barked out, “Give  me a nonsense word!” like he was calling for more ammunition. Someone offered “schwiznet” /ˈʃwɪznɛt/, and he thanked them and turned back to the lesson. That lesson was on vowel length. When our classmate finally arrived, Dudley welcomed her with a smile and let her know that she had missed the beginning of his lecture on “vowel schwiznet”  but that he would be happy to review.  He proceeded to do just that, talking about the concept of schwiznet, quizzing us on degrees of schwiznet, asking us about the distinction between a vowel being half, of fully schwizzed. When the tardy student asked about the condition of lack of schwiznet, Dudley replied “If there is no schwiznet, then we would describe the vowel as ‘glit’ /ɡlɪt/. He kept this up through the class, and even through subsequent classes, until I finally broke down and let the cat out of the bag.
That is some dry humor, and perhaps the deep origin of Omnish.
Tell me one of your Dudley stories.