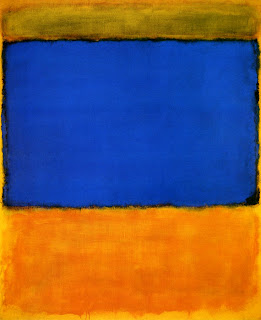 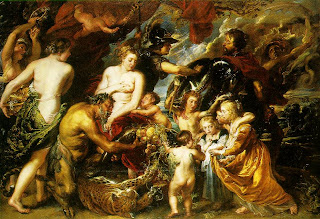 I taught my first classes of the new year this week, so I’ve been thinking a lot about Dudley. I miss him tremendously, as so many of us do. But at the same time, I feel incredibly fortunate not just to have known him and learned so much from him, but also to be in a position where I get to continue learning from him by teaching his work.
Phil and I made a fascinating discovery in August, while we were teaching Experiencing Speech in Irvine. It was a small discovery, just a tiny matter of terminology, really, but an affecting one nonetheless. I’ve always preferred the term oral posture over vocal tract posture, even though the latter is obviously a better descriptor for what it is we’re talking about. I often find myself studying accents with interesting and characteristic glottal settings. That sure isn’t the mouth, but it is absolutely an aspect of the thing we’re looking at. (When I’m teaching it, I call it oral posture more often than I call it vocal tract posture, but I make it clear that vocal tract posture is really what we’re talking about.)
I’m not quite sure why I prefer the term oral posture, in spite of its slight incompleteness. I guess it just feels handier and sounds better to me. I hadn’t known this before this August, but apparently Phil and Dudley had different opinions on this. Each of them actually came up with the concept independently, when they were working separately, Dudley at Irvine and Phil in Ohio. When they came back together they realized they’d been working along exactly the same lines. Phil’s term for this idea was oral posture. Dudley preferred vocal tract posture. They continued to disagree about this even after Speaking With Skill was published. (It’s an indication of just how harmonious their partnership was that not only did I have no idea they disagreed about this, I didn’t even realize they had different preferences.)
Now to my discovery. Curious about how the book introduces the concept, I went back to look. In its first mention, the term appears as ‘vocal tract posture.’ Just like that—it’s vocal tract posture, but only the term posture is bolded. The few remaining times the overall concept is referred to, it’s just posture, with no modifier at all. Phil and I were deeply moved to discover this neat solution, so very Dudley in its elegance and subtlety. Yes, it’s vocal tract posture, not oral posture. (It is Dudley’s book, after all!) But based on the initial bolding and subsequent references, it’s really only posturethat’s the relevant, ‘official’ term. The ‘vocal tract’ part in the first mention is a mere descriptor, a modifier. Call it whatever kind of posture you will, Dudley seems to be saying, it’s only the posture part that’s important.
He’s still teaching us.
On Tuesday, I had my students read out the ‘Principles, Perhaps’ from the beginning of Speaking With Skill, something I always do at the beginning of the year. It’s a great place to start. They always resonate with me, and make me re-resolve to be a better, humbler, more inquisitive, wiser (and wittier) teacher. There was one that kept ringing in my ears for the rest of the day, though.
This work embraces complexity in its content. Complexity nourishes art. Reduction of the complexity of speech choices reduces the art.
Complexity nourishes art.
One brave student questioned this. He said that in his mind, the best art was always simple. I said that although this could be said to be a matter of taste—some might legitimately prefer Rubens to Rothko—he might have a point. Great acting, I think, is often motivated by simple thoughts, deeply taken in. There’s another way to think about this, though. Rothko had to go through a lot to come to the simplicity of the style we all know him for. The complexity is there, it’s just not on the surface.
I’ve always loved an answer Judi Dench gave once to a question about what acting felt like for her. She told the interviewer that it felt as though she was standing behind a giant computer console filled with dials and levers and knobs and gauges, frantically running around manipulating and monitoring the machinery, now pulling a lever, now pressing a series of buttons, now adjusting a dial. What I find so remarkable about this is that it’s hard to think of a less technical-seeming actor than Judi Dench. Think about it—you simply can’t see the seams when she’s acting, whether on the stage or on camera. I gather this is true even in rehearsal. There are no seams. She’s seamless. And yet all the while, somewhere inside, she’s frantically running around working the machinery!
Complexity nourishes art.
How exciting.