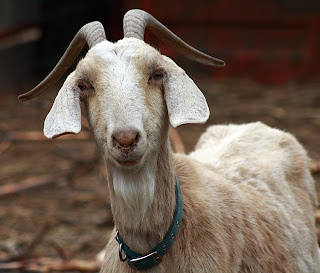 I think it’s high time we stopped representing the So-Called General American GOAT phoneme as /oʊ̯/.  I don’t think it can be very controversial to suggest that [oʊ̯], phonetically-speaking, would be a very unusual vowel to hear from most American speakers in 2012.  The only Americans who come close to a fully-rounded [o] in realizing this phoneme are from what dialectologists call the North Central dialect region—the Dakotas, Minnesota, Michigan’s UP, and parts of Wisconsin, Montana & Iowa.  (We might also add Alaska’s Mat-Su Valley, where Sarah Palin hails from—much of which was settled in the 1930s by transplants from Minnesota).
I can think of two arguments on behalf of retaining /oʊ̯/.  The first of these is that it is the established convention.  /oʊ̯/ has been used to represent the vowel in American pronunciations of GOAT for a very long time—at least since Kenyon and Kurath.  While choosing to buck the convention might create some confusion, however, I think it’s a small price to pay for greater phonetic accuracy.  (I feel similarly about using /ɜ˞/ to represent the American NURSE vowel, and have long taken to using and teaching it as /ɘ˞/.)  Perhaps, eventually, we might change the convention.  In the long run, I think such a change would lessen student confusion.
Spelling is the other argument I can imagine in favor of keeping /oʊ̯/.  It has an ‘o’ in it, after all.  The letter ‘o’ is pronounced with the GOAT vowel, and stands in the popular imagination as the phoneme itself.  I can see how we might lose something by re-phonemicizing GOAT without an ‘o.’  However, as with the argument about convention, I think there is more to be gained than lost.
Let’s suppose I’ve persuaded you that we should do away with /oʊ̯/.  But what do we replace it with?  After all, another argument in favor of keeping it might be that we can find no likely replacement candidate.  There are a large variety of American realizations of this phoneme, after all; things like [ɔ̜ʊ̯̽, ɘʊ̯, ʌɯ̯̽, e̽ʏ̯, ɤu̯] and a great many more besides.

I’d like to propose /ɤʊ̯/.  I am perhaps biased, as this is more or less the way I would describe my own realization*.  Nevertheless, amid a sea of variation, I think this makes a certain sense.  I’d argue, first of all, that it is important that the first element be unrounded.  This, in fact, is the main thing that makes /oʊ̯/ so unsatisfactory to me.  The majority of Americans simply do not round the first element of this diphthong.  (Or if they do, it isn’t much.)  I would say that the phoneme is characterized, in fact, by a progressive rounding of the lips through the diphthong.  And though there are many Americans who don’t round the lips much or at all anywhere in the realization of this vowel—not even in the coda—lip-rounding is still common enough that I think we can leave the ʊ unchanged.

A final note—this is far from an academic argument.  Though we are generally more interested here in phonetics than in phonemics, the phonemes make a difference to how we and our students think about and teach things.  If I am teaching a So-Called General American accent to a non-native speaker, it makes much more sense to teach the phoneme as /ɤʊ̯/ and then teach to that phonetic target.
So let’s do it!  All in favor of /ɤʊ̯/ raise your hands!  (Counter-suggestions welcome, of course.  Let’s have a debate about it, by all means.  But I do think it’s high time for a change.)
*Doug Honorof has suggested to me that my GOAT vowel starts lower—more open-mid than close-mid.  After a lot of introspection and phthong-testing™, I still think my nucleus is close-mid in height.  He’s invited me up to Haskins Lab at Yale, where he will norm my vowel space and definitively measure the height of my GOAT nucleus.  Only one of us can be right!  (Unless it turns out to be perfectly -mid, I suppose.  We could call that a draw.)  Stay tuned.  If the suspense is killing you, call me and I’ll murmur some GOATs in your ear.  You can make up your own mind.

4 thoughts on “Oh, those wandering GOATs”