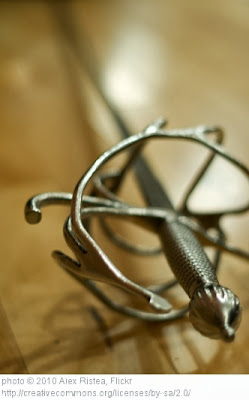 I studied acting with the great Earle Gister some years back. He was a brilliant man, and his way of teaching and speaking about acting resonated deeply with me. It felt, at the time, like the missing piece of my equipment as an actor. After working with Earle, I still had plenty left to learn as an actor—I don’t think we ever get to the end of that particular road—but I felt somehow complete in a way I hadn’t before. In every acting job A.E. (After Earle), I knew what to do. It’s not that I was never lost or confused. I was, of course. (If you’re never lost or confused in rehearsal, you’re probably not doing your job!) But I was able to be productively lost and confused, and I always knew how to deal with it and what to do next. It was liberating.
Another way in which it was liberating: Earle gave me back my head. I had spent years—all the way through high school, college, drama school, and even after—being told to get out of my head, not to use my intelligence. This was good advice, to a point. What all those teachers and directors were really telling me, of course, was to get and stay present; to listen, act, and react in the moment rather than from ideas or preconceived notions about the character or moment. I spent years learning how to do this, but along the way somewhere I made the mistake of coming to think that being present and alive to the moment meant not being able to apply critical intelligence to acting at all. Or, at the very least, to be extremely cautious about any such endeavor. Earle, a ferociously intelligent man, gave me permission to use my head again. It was an extraordinary gift, and I find it nearly impossible to describe how freeing it was for me.

I find deep and resonant analogues between Earle’s work and KTS. To my profound regret, I never had a chance to really talk them through with Dudley. In lieu of that never-to-be-had conversation, perhaps we can have a little one here. I know there are others out there who have studied with both Earle and with Dudley and Phil. Joe Alberti, who took Experiencing Speech and Experiencing Accents in Irvine this past summer, has even written a book about his teaching!
Deep resonance #1: Earle and Dudley were both profoundly intelligent men, and visionaries in their fields. (They were also both brilliant actors in their own rights.) They both saw the inconsistencies and inadequacies in what everyone around them was teaching, and ended up by completely breaking with prevailing methods and orthodoxies. They both started over from scratch, from first principles, and found their way to cohesive, coherent approaches that revolutionized the training of actors, Earle in acting and Dudley in speech and accents.
Deep resonance #2: In both Earle’s work and KTS, the primary impulse is towards description. What is it that is going on here?, both ask. What is it, exactly, at the most fundamental level? How accurately can we perceive it and describe it?