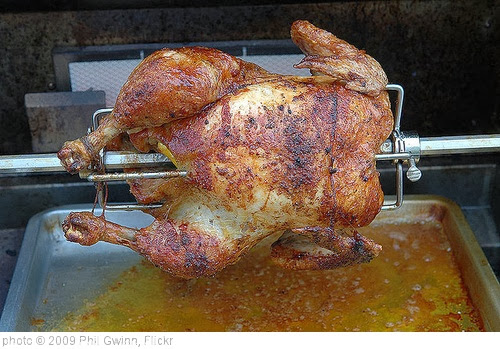 (names have been changed to protect the innocent.)

There’s much to respond to here. I imagine that Kim is not alone in finding herself in an institution that has yet to join the 21st century as far as speech-training is concerned. But perhaps that’s a subject best left for another post. I’m going to tackle the question about physicality first, and leave the transcription question for a bit later.

To be clear, what we’re talking about here is the way /r/ is realized after a vowel in rhotic American English, and especially in words like NURSE (the relevant lexical set). Though there is some variation here—some Americans do, in fact, use a strongly retroflexed [ɻ] in words like bird and murder—generally speaking Americans realize post-vocalic /r/ as a ‘bunched’ /r/, also known as a ‘molar’ or ‘braced’ /r/. In Speaking with Skill, Dudley describes it as follows:

Unlike the alveolar /ɹ/ or the retroflex /ɻ/, the tip and blade of the tongue are relaxed down with the tip of the tongue behind the lower teeth and the jaw relaxed open. The middle of the dorsum or body of the tongue is raised and the side edges of the tongue are braced vigorously against the inside of the upper teeth in the area of the rear bicuspids and first molars. Considered in terms of its orientation to the roof of the mouth, this action is taking place in the palato-velar area. The muscular bracing of the tongue has the effect of further tensing and thickening the midline of the tongue, bringing it even closer to the border of the palate and the velum.

JC Catford, in the invaluable A Practical Introduction to Phonetics, describes the same sound as follows:

This vowel was formerly described as ‘retroflexed’ but this is not a correct description. It does not usually have the upward curling of the tongue that is characteristic of retroflexion. Instead, the main body of the tongue is bunched up into a kind of half-close-central position, but with two peculiar modifications: one modification is a moderate degree of deep pharyngalization: the root of the tongue is drawn back into the pharynx just above the larynx. The second modification is a fairly deep depression in the surface of the tongue opposite the uvular zone. This sub-uvular concavity can be acquired as follows. Produce a uvular trill. Note that in order to do this you have to form a longitudinal furrow in the tongue within which the uvula vibrates. Now move the whole body of the tongue slightly forward, while retaining precisely that deeply furrowed configuration. The result should be a close approximation to the typical American ‘bird vowel’, for which the phonetic symbols [ɜ˞] and [ə˞] have been used — both representing a central vowel with an r-like modification.

As we saw, this very strange American vowel involves not only a concavity — or ‘sulcalization’ (from the Latin sulcus `a furrow, or trench’) — of the tongue in the neighborhood of the uvula, but also some slight degree of pharyngalization. It is because of this that a series of vowel-sounds with modification of this rhotacized type in some languages spoken in the Caucasus area of Russia, notably Tsakhur and Udi, are known as ‘pharyngalized’ vowels.

The first question is where exactly is the tongue-tip? Is it down, behind the lower front teeth, or does it, in the words of the HSADA instructors, “float”?

The answer is, it depends. Both are possible. It is possible to make a ‘molar’ /r/ sound with the tongue tip down and out of the action. Only the sides of the tongue come up and make contact with the insides of the upper molars. The jaw must be fairly high (close) for these things to be true simultaneously, of course. You can feel this kind of molar /r/ if you articulate the word green slowly and attentively. Concentrate on keeping the tongue tip down until the final /n/. If you’ve done this successfully, you’ve realized the /r/ as a tongue-tip down molar /r/. In actual fact, the tip of the tongue probably does come off the teeth a bit, even if it stays down (it does for me). This is because it is true that the body of the tongue is somewhat retracted for this sound.

(Note that it is not true, pace Catford, that the tongue root must be retracted for a ‘molar’ /r/. It may well be true that these things often go together—general, blanket tongue-root retraction may be found all over these United States—but it is entirely possible to make a ‘molar’ /r/ without retracting the root of the tongue.)

Now, it is also possible to make a ‘molar’ /r/ in a slightly different manner. To really get the sides of the tongue inside the upper molars—enough so that they can actively push out against the teeth, it is necessary to retract the body of the tongue a bit more. The tip will thus come further away from contact with the teeth, and may in fact,”float,” in a kind of neither-here-nor-there tongue-tip limbo. Marina Tyndall describes this condition as “Jabba the Hutt tongue,” which I think is a very pleasing image. The tip of the tongue is receding into the body—squishing into to as the tongue shortens and gets fatter, just as Jabba the Hutt looks as if he might once have been a tall, cylindrical creature until he was stepped on and squished by some sort of gigantic sand monster. (Which is probably why he’s such a sadist, but I’m veering dangerously far afield now.)

If you’ve tried these two strategies out for yourself—the tongue-tip down ‘molar’ /r/ and the Jabba the Hutt ‘molar’ /r/—you may have already observed that they’re really just two poles, two endpoints along a single continuum. It would be equally possible to stop anywhere along the way and call that your preferred spot for a ‘molar’ /r/. Try it out—move smoothly and gradually from one to the other.

In the second configuration (the Jabba the Hutt one), we can vary the bracing action. If we do go ahead and actively push out with the sides of the tongue against the molars, we’ll end up with a ‘harder’ sounding /r/, maybe one reminiscent of Oklahoma or Texas. It’s equally possible to do no bracing at all with your Jabba the Hutt tongue, just light contact. So here is another continuum, varying between strong bracing and no bracing. In fact, we can join the ends of these two continua and end up with one continuous continuum, beginning at one end with tongue-tip down ‘molar’ /r/, moving through light-contact Jabba the Hutt ‘molar’ /r/, and increasing in bracing until we get to ‘hard’, strongly-braced Jabba the Hutt ‘molar’ /r/.

My sense is that when modern Skinnerians ask for ‘light’ rhoticity (Skinner herself specified that no rhoticity was to be used for singing and “Good Speech in classic texts”), they are asking for the tongue-tip down version. If your goal is to promote a pattern of articulation that leaves the tongue free and ready to go wherever it needs to next, this makes a certain kind of sense. I would argue that the tongue-tip down version is no better in this regard than the light contact version, but both clearly have some articulatory advantages over the strongly braced one, especially if it includes tongue root retraction, as is likely. So to specify the tongue-tip down version is to aim for the end of the continuum that is furthest away from the one that may result in some constriction and less agile articulation.

My position on this is that I feel no need to employ this kind of subtle subterfuge with my students. Not to mince words, there’s something almost dishonest, it seems to me, in insisting on a particular articulatory realization as a target merely so as to keep students as far away as possible from a disfavored action. Don’t we want our students to have as much fine control and awareness as possible? I certainly do—I want them to have as much understanding of and feel for their own articulators as I can give them. So if the middle point on our continuum, what I’m calling the contact-only Jabba the Hutt tongue, will allow for agile articulation and a free, open vocal tract just as well as the tongue-tip down version, why not teach that? I will admit to some personal bias here—my own NURSE vowel is formed in this way. The tongue-tip down version just doesn’t feel, well, /r/-ish enough to me.

I can point to no instrumental studies on the matter, but I suspect that contact-only Jabba the Hutt tongue is the way the large majority of contemporary Americans realize the NURSE vowel, as well ‘consonant’ /r/. My students have always felt this to be so as well.

Of course, as with all speech actions, I’d like my students to be able to do all of these things. I don’t mean to prescribe the ‘light contact’ version as the best alternative or the one that should be taught to everybody as the ideal. But if a given student has a strongly braced /r/ with tongue-root retraction, and a freer, more open vocal tract is desired for whatever purpose, the bracing and tongue-root retraction itself are the aspects to address. If the student has an easier time incorporating and owning the ‘light contact’ version, what exactly is the reason for getting them all the way to the tongue-tip down one?

This has turned into an exceedingly long post, so I will save the discussion of symbols for another post.

As always, comments, discussion and vituperative disagreement welcome below.

0 thoughts on “The Bird is the Word”