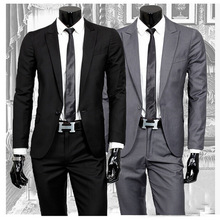 The points that Jeremy raised in last week’s post are worth weeks of exploration, and I am so grateful for his courage and his insight in bringing his curiosity to this forum. I wanted to stumble my way into this socio-philosophical hall of mirrors with my own questions to bounce around in some attempt at securing my epistemological footing.
In June, I taught an Experiencing Speech with Master Teacher Andrea Caban, and we bumped up against this same issue as we neared the end of the six-day intensive. While the group was quite comfortable with Dudley’s “Principles, Perhaps …” and we were able to jettison (mostly) the unhelpful rhetoric of Standard Speech, we did still have to pause and circle and snipe and pause again when discussing “formality.” I presented the graphs I made at our Teacher Cert (June 2016), with the two-axis, graphed averages of multiple perceptions of one audio sample; I hoped to show that there were multiple ways that we, as humans, could collectively perceive formality.
While the students at that most recent ES understood the point I was making with my ad hoc Excel charts, they took the most issue with (and, yes, I pointed out the quotes!) the “folksy” and “fancy” axis. What we finally agreed upon, after some prodding and elucidation, was that the quotes indicate the context that must always be defined, thoughtfully and carefully, in these discussions. Indeed, it is that context that is often missing from the very concept of “formality.”
Which brings me to my next thought, which is that we haven’t really defined “formality.” What is it? What is this thing to which we are aiming/aspiring/avoiding? In Speaking with Skill, around pages 237 and 238, Dudley brilliantly avoids cornering himself into a definition of this slippery concept. While establishing a firm basis for his separation between prescriptive and descriptive speech, Dudley explains “formal” and “informal” speech based on the contexts in which we might use them — and his hedging around that “might,” with function-based definitions of “formal” and “informal,” leaves us grasping at the clear distinction between the two. The two-axis graph came into being — and our conversation continues — because we haven’t really put this debate to bed yet. In fact, we’re still wrestling with the philosophical challenges posed by prescriptive models while also trying to reach audiences who have been reared on the expectations of prescriptive pedagogies.
So that leaves me with my initial question: what is “formality,” really? What is “formal” speech, how does it arise, and how do we define “formal” speech in different contexts? I think Dudley was writing (quite consciously) to the assumption that “formal” speech is meant to suit the needs of older theatrical standards, attached to all of the historical biases inherent in that paradigm. But can there be “formal” speech amongst familiars? Does formality tie into an awareness of audience (while still allowing integrated and authentic communication), such that formal speech is consciously activated to achieve intended communicative goals while informal speech is that which is unconsciously or habitually enacted (though, mushily, perhaps subconscious activation of formality could still occur)? Can someone use speech, informally, that sounds formal to others (and perhaps not to themselves)? The diagonal line on Jeremy’s final graph is reminiscent of Dudley’s orientation toward a “formal”/”informal” scale that reflects upon the context he was raised in and eventually fought against. I’m inclined to get rid of any such vestige of the Old Ways, but I also crave the simplicity of a horizontal axis that supersedes the “folksy”/”fancy” scale. I’m imagining some sort of social scaling — and buying myself a world of eventual hurt — whereby the listener gauges the speaker’s location on a “Perceived Target Audience” scale, ranging from “idiolectal” to “widest possible audience” (based on the speaker’s perceptions, and not on some “objective” standard).
It’s so complicated that it’s worth sussing out, and we may not get to have our clean, horizontal axis until we’ve banged our heads against the wall a few more decades. But I think we can get there, and I definitely think it’s worth the struggle.